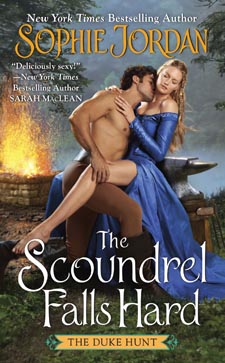 New York Times bestselling author Sophie Jordan is back with the enchanting third book in the Duke Hunt series about a marriage of convenience between a fierce female blacksmith and a handsome scoundrel.

A devil’s bargain burns the hottest….

For years, fiercely independent Gwen Cully has worked as the village blacksmith, keeping her family’s business going. But when a local rival threatens her livelihood, Gwen has nowhere to turn ... until a devastatingly handsome fugitive takes shelter in her shop and sparks fly.

Unrepentant rogue Kellan Fox’s entire existence has been a dangerous game of deception that leads him into a fight for survival—and straight into the arms of a tall, fiery beauty. When Gwen protects him from an angry mob of villagers, Kellan sees the perfect solution to both their troubles. A marriage—in name only—that will last a single year.

Only a marriage of convenience can’t hide their searing attraction. It glows hotter than Gwen’s forge and reaches deep below the tempting mask Kellan wears for the world. With every sizzling glance and scorching kiss, Gwen surrenders more of herself to the molten passion she finds in Kellan’s strong embrace. But can she ever truly trust her heart to a scoundrel? 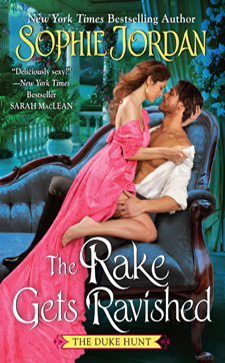 New York Times bestselling author Sophie Jordan returns with an all new sizzling historical romance in her Duke Hunt series about a woman determined to reclaim her family home from the dangerously handsome owner of London's most popular gaming hell.

The owner of London's most popular gaming hell, wealthy and powerful Silas Masters, is feared by men and desired by women—except Mercy Kittinger. When the blackguard wins her family home in a game of cards, Mercy steals into Silas's rooms, intent on destroying the proof. But things don't go to plan...

She would have her way with him...

Caught in the act, Mercy must be bold to save herself...even if it means seducing the dangerous rogue and then disappearing with the dawn, debt voucher in hand. Safe at home and determined to settle back into her quiet, uneventful life, Mercy burns at the memory of her night spent ravishing the most compelling man she'd ever met. Thank goodness she'll never see him again!

He didn't see her coming...

No one trifles with Silas Masters. Even if he could forget the dark-haired seductress who undid him, he can't allow anyone to steal from him. He will hunt down the sultry woman who haunts his dreams and show her just how sweet payback can be. 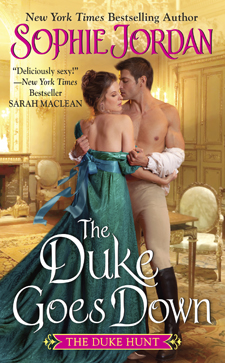 New York Times bestselling author Sophie Jordan begins the all new Duke Hunt series with the illegitimate son of a duke who meets his match in the daring daughter of a vicar.

Peregrine Butler’s privileged blue-blooded world is rocked to the core when it is revealed he was born before his parents’ marriage and therefore is not the legal heir to the dukedom. Now as poor as the proverbial church mouse, Perry must use his charm and good looks to win an heiress and save himself from wretched penury—all the while ignoring his fascination with the one interfering and alluring chit who is intent on sabotaging his efforts.

Everyone knows Imogen Bates, the virtuous daughter of the senile vicar. It is she who writes the sermons, and she everyone sees about all matters spiritual and domestic. A pillar of the community, she will protect her beloved Shropshire from all rogues, starting with the worst offender: the erstwhile Duke of Penning, the bane of her existence since childhood. She vows to protect the local heiresses from being taken in by the silver-tongued fortune hunter because it’s the right thing to do ... certainly not because she finds herself wanting to keep his heated glances and tempting kisses all to herself. 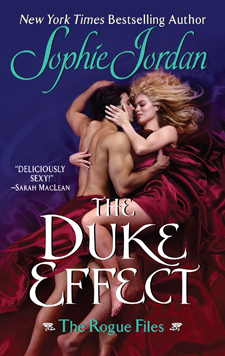 New York Times and USA Today bestselling author Sophie Jordan continues her bestselling Rogue Files series with this captivating romance that will thrill her many fans.

She doesn’t care about love…

Despite being surrounded by her happily wed sisters, Nora Langley prefers botany to ballrooms and would rather spend a lifetime in her laboratory than consider affairs of the heart. An expert herbalist, Nora has been masquerading as her late physician father for years, dispensing invaluable medical advice. She corresponds with people all over the world, including an old army colonel. But when the man shows up on her doorstep, he is nothing like she expected—he is a young, handsome heir to a dukedom who suddenly threatens everything she holds dear.

He only cares about duty…

Constantine Sinclair arrives on the Langley doorstep in a desperate bid to save the woman who raised him, the Duchess of Birchwood … only to discover that the venerable doctor he expected is a bold and lovely charlatan. Furious at the deception, he vows to reveal her secrets. Determined to prove her skills, Nora promises to save the duchess in exchange for Con keeping her secret. Con reluctantly agrees… and soon Nora’s brilliant, headstrong ways are throwing his carefully controlled life into chaos. What happens when the rigid soldier begins to lose his grip on his heart? 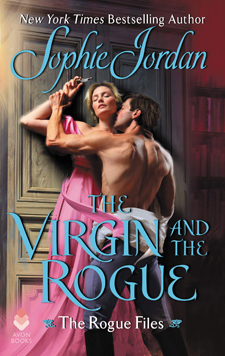 Charlotte Langley has always been the prudent middle sister, so her family is not surprised when she makes the safe choice and agrees to wed her childhood sweetheart. But when she finds herself under the weather and drinks a “healing” tonic, the potion provokes the most maddening desire…for someone other than her betrothed.

Kingston’s rakehell ways are going to destroy him and he’s vowed to change. His stepbrother’s remote estate is just the place for a reformed rogue to hide. The last thing he wants is to be surrounded by society, but when he gets stuck alone with a wallflower who is already betrothed... and she astonishes him with a fiery kiss, he forgets all about hiding.

Although Charlotte appears meek, Kingston soon discovers there’s a vixen inside, yearning to break free. Unable to forget their illicit moment of passion, Kingston vows to relive the encounter, but Charlotte has sworn it will never happen again—no matter how earth-shattering it was. But will a devilish rogue tempt her to risk everything for a chance at true love?

AVAILABLE NOW:
IN BED WITH THE STABLEMASTER 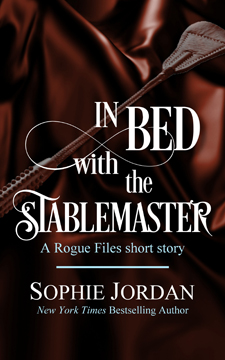 IN BED WITH THE STABLEMASTER is set in the Rogue Files world and can be read as a stand-alone but it does tie into the series. Basically, it's a very sexy love story happening "belowstairs" between a housemaid and the stablemaster ... while THE VIRGIN AND THE ROGUE is happening upstairs.

WONDERFUL news! Sophie is writing young adult romance. Be sure to check out her FIRELIGHT series and her UNINVITED and REIGN OF SHADOWS books! Plus her latest YA novel SIXTEEN SCANDALS.

"MAGICAL...THIS IS WHY I READ ROMANCE." —Cathy Maxwell

As an Amazon Associate I earn from qualifying purchases (#ad). 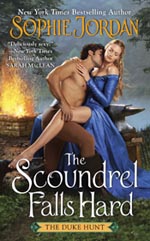 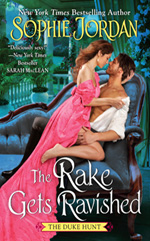 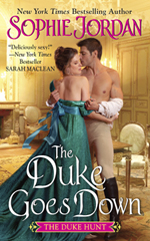 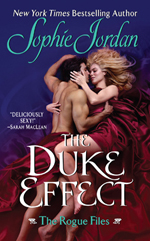 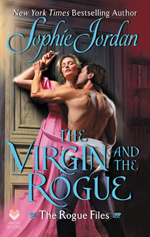